Welcome to Labour in the Tāmaki electorate

We’re Labour party members, volunteers and supporters who live in the Tāmaki electorate. We campaign for Labour in this electorate and in the wider Auckland region, and help to promote the interests of our local community. We’re active in promoting Labour’s goals, values and candidates in both central and local government.

You can join or support us:

For more about the New Zealand Labour Party, its policies, people, and opportunities, visit the NZ Labour Party website.

We’ll keep you informed with local news, events and invitations.

The electorate of Tāmaki in Auckland includes the suburbs of Mission Bay, St Heliers, Ōrākei, Kohimarama, Glendowie, Glen Innes, Stonefields, St Johns, Meadowbank, and the eastern edge of Remuera. It is named after the Tāmaki Estuary on the eastern boundary of the electorate. It borders the electorates of Epsom to the west and Maungakiekie and Panmure-Ōtāhuhu to the south. There were about 38,000 votes cast in Tāmaki in the most recent election from a resident population of approximately 60,000.

Profile of the Tāmaki electorate 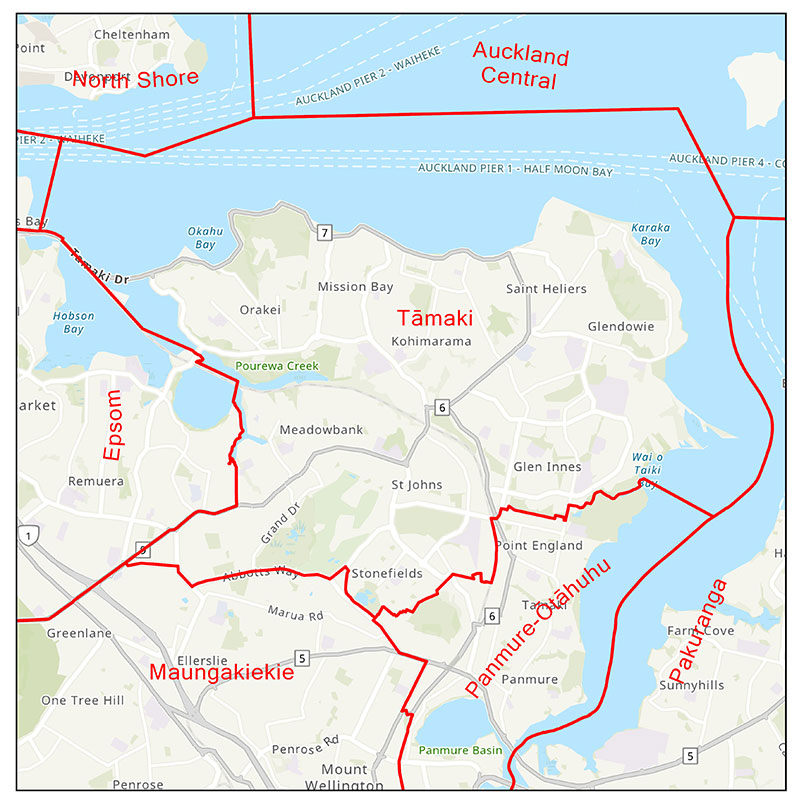